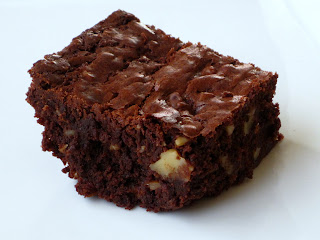 Yep, just like the name says.  Outrageous.  Very deep dark chocolate flavor, very different from the milk boxed brownie variety.  I did make these twice very close to each other because I made a mistake the first time.  Lets just say they were VERY chocolaty the first time, and I left out the nuts.  The second time I made them (pretty much) exactly as the recipe states.

These have a nice chewy texture, I left the nuts pretty chunky because my husband likes them that way.  I think the next time I make these I'll try to tone down the chocolate a little and use some more milk chocolate in place of the semi-sweet, and try semi-sweet in place of the unsweetened.

Here's what I did: 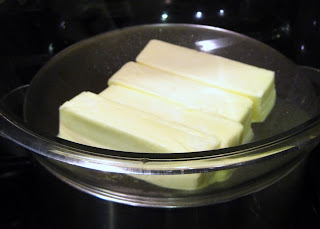 Melt a pound of butter over a double boiler.  We're off to a good start already aren't we? 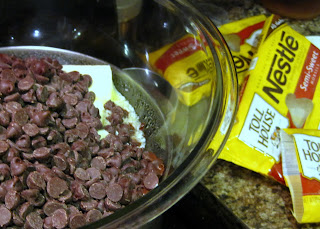 Add some of the semi-sweet chocolate chips (this is where I made the mistake by adding in ALL the chocolate instead of reserving some for later). 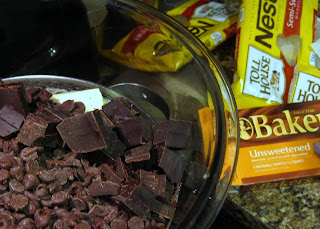 Add in the bakers chocolate, cut it up a little so it melts easier. 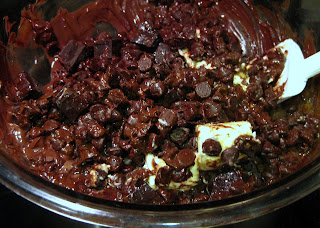 It's starting to melt now.
Yum! 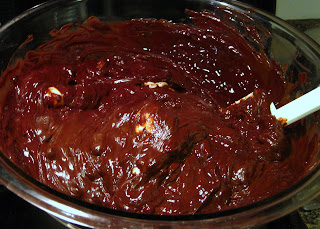 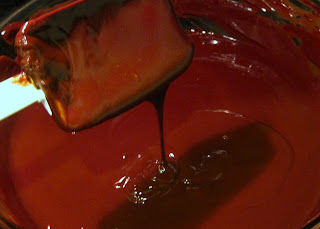 Now it's ready, remove it from the heat so it can cool down some. 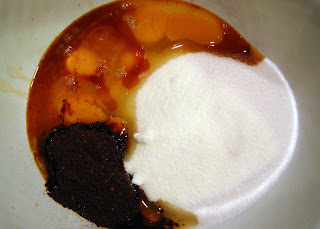 Now add the eggs, coffee, sugar, and vanilla to a bowl and mix by hand. 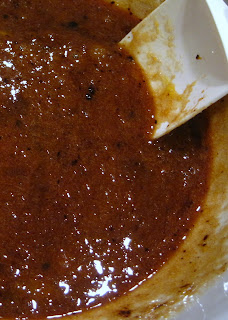 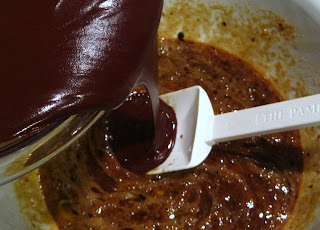 Now add the slightly cooled chocolate to the egg mixture.  Make sure the mixture isn't so hot that it cooks the egg. It needs to be room temperature. 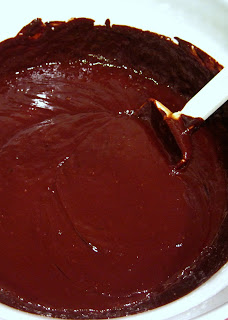 I didn't take pictures of the flour mixture - but go ahead and mix that into the chocolate mixture also. 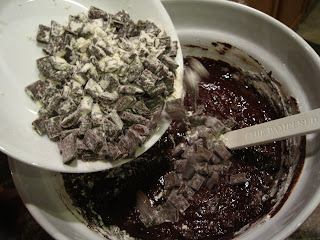 Mix the remaining chocolate (Yes, I added more even though it was an entire bag of EXTRA chocolate).  I wanted the chunks, what can I say?  Anyways, mix the chocolate with some flour and then add to the mixture. 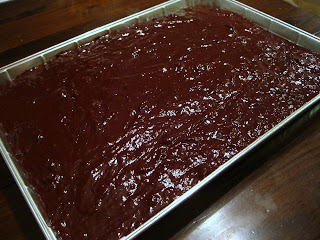 Use a jelly roll pan, this makes a lot of brownies.  When I made these the second time I halved the recipe and added nuts. 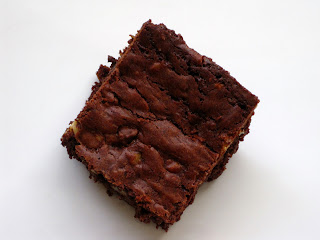 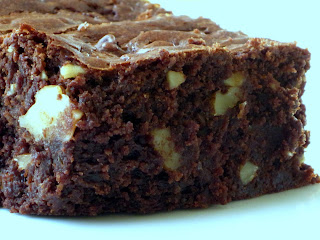 The pictures above are from the second batch that I added the nuts too.  My hubby took these with him to a training class that he's in.  He shared, he's nice like that.

Here is the recipe: Ina Garten Outrageous Brownies
Posted by Alyssamay's at 11:48 AM